Women of the Roaring Twenties had a lot in common with today’s millennials.

She was the sexy ingénue, spending evenings in jazz clubs hazy with her cigarette smoke. She cavorted, wild and willful, in the stories of F. Scott Fitzgerald, who summed her up as “pretty, impudent, superbly assured, as worldly-wise, briefly-clad and ‘hard-berled’ as possible.” 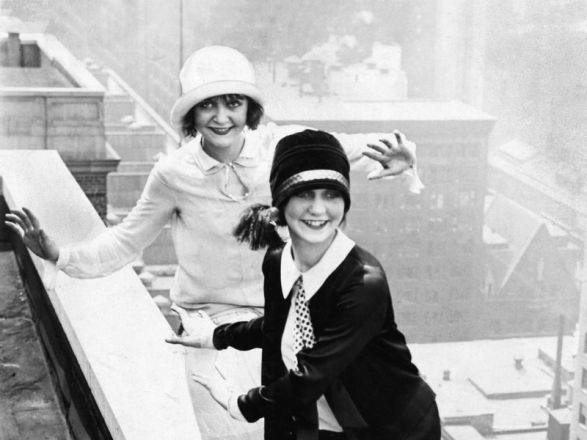 Daredevils on a skyscraper

Unlike their mothers and grandmothers, flappers tended to go to high school and even college, and they devoured new books featuring confident, fun-loving adolescent heroines who hiked and camped and solved mysteries. Flappers biked, played golf and tennis, and strove to emulate the flat-chested and hipless physiques of the adolescent boys whose freedom and lack of domestic responsibilities they envied.

Predictably, these stylish tomboys were a grave source of worry to parents, educators, physicians and clergymen, who feared that sports and higher education would be ruinous. “Without womanly ­ideals the female character is threatened with disintegration,” warned G. Stanley Hall, a leading psychologist and educator who toured the country lecturing on the subject.